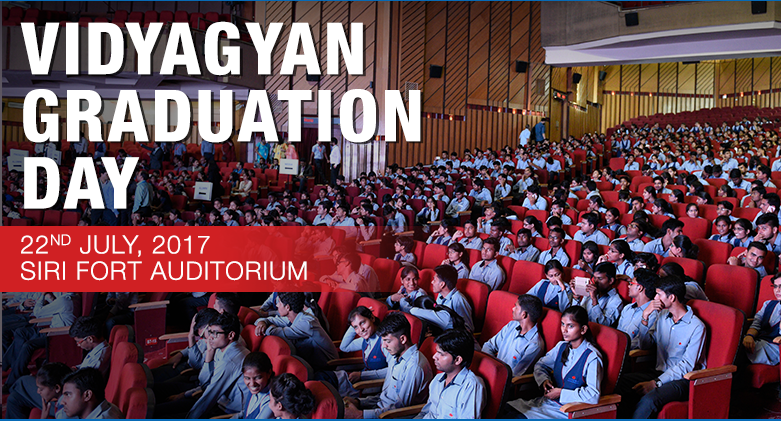 VidyaGyan, a leadership academy for economically underprivileged, meritorious students from rural Uttar Pradesh celebrated its second graduation ceremony. The ceremony marked a milestone, as this year the first batch from VidyaGyan’s Sitapur campus (established two years after the Bulandshahr campus) joined the pool of students graduating from the Rural Leadership Academy. Mr. Umang Bedi, Managing Director, India & South Asia at Facebook and India’s only solo Olympic Gold medalist - Mr. Abhinav Bindra, were the guests of honor at the ceremony, which was attended by VidyaGyan students, teachers, parents and other dignitaries.

A total of 380 students passed out of the Academy this year with a whopping 259 students scoring above 80%, out of which 93 students scored above 90%. Most of the students have gained admission in prestigious institutions like IIT Guwahati, National Institute of Technology (NIT), the National Defense Academy, National Institute of Fashion Technology etc. Seven students have gained admission to prestigious international institutions like Purdue, Virginia Tech, Pennsylvania State University and University of California, Davis.

The other students of the second batch of VidyaGyan have secured admission in some of the top colleges of Delhi University including Lady Shri Ram, Hindu, Ramjas and Gargi College and other top Universities and Colleges like –Shiv Nadar University, SSN Institutions, Lucknow University, Chandigarh University etc.

Speaking at the graduation ceremony, and highlighting the students’ stellar performance, Roshni Nadar Malhotra, Trustee, Shiv Nadar Foundation and Chairperson, VidyaGyan said, “2016 marked the graduation of our first batch of students and the results were great, but this year we aimed for greater success and set the benchmark higher. I am proud of what our students have achieved. They have successfully participated and won accolades at both national and international platforms. Imagine how these students will transform the lives of their families and their entire communities when they start their professional careers. Today we give 380 future change agents to the nation who have the potential to transform India’s social and economic fabric.”

VidyaGyan provides underprivileged, meritorious students free, world-class education to help them transcend the disadvantages they face and compete with their urban counterparts. VidyaGyan students come from families of farmers, daily wage earners, among others in rural Uttar Pradesh with an annual family income of less than Rs. 1 lac. Every year, VidyaGyan handpicks approximately 200 meritorious students from a pool of 250,000 children who apply from across 75 districts of Uttar Pradesh (UP).

Established in 2009 by the Shiv Nadar Foundation, VidyaGyan (www.vidyaGyan.in) today houses 1900 students across two campuses in UP in Bulandshahr and Sitapur. The Academy was launched to bridge the urban-rural divide by selecting, nurturing and developing future leaders from the underprivileged communities of rural Uttar Pradesh. A fully residential academy, VidyaGyan not only takes care of the education of its students but of all their needs. VidyaGyan addresses social imbalances and envisions nurturing and creating leaders who would be the inspiration and role models for their families, communities and society at large. The Foundation hopes that this will raise many more aspirations.

The Shiv Nadar Foundation (www.ShivNadarFoundation.org) has been established by Shiv Nadar, Founder, HCL - a $7.5 billion leading global technology and IT enterprise, with over 120,000 employees across 31 countries. Founded in 1976, HCL is one of India's original IT garage start-ups and offers diverse business aligned technology solutions spanning the entire hardware and software spectrum, to a focused range of industry verticals.

The Foundation is committed to the creation of a more equitable, merit-based society by empowering individuals to bridge the socio-economic divide. To that purpose the Foundation is focused on the underdeveloped disciplinary areas in India related to transformational education, creativity and art.

The Foundation set up the SSN Institutions (www.SSN.edu.in) in 1996, comprising the SSN College of Engineering (already a highly ranked private engineering college in India), in Chennai, Tamil Nadu. The Foundation has also set up VidyaGyan (www.VidyaGyan.in), a residential leadership academy for meritorious rural children, at Bulandshahr and Sitapur in Uttar Pradesh. In addition, the Foundation runs the Shiv Nadar University (www.snu.edu.in), an international multi-disciplinary university with strong research orientation located in Greater Noida in India’s National Capital Region and the Shiv Nadar School (www.shivnadarschool.edu.in), a network of progressive urban schools across India aimed to provide children with education that creates lifelong learners. The Foundation has also set up the Kiran Nadar Museum of Art (www.knma.in), India’s largest private philanthropic museum in modern and contemporary art, with the vision to take art to the common public.

India has a huge talent pool which comes at a significantly low cost but it is not leveraged well in the fi... 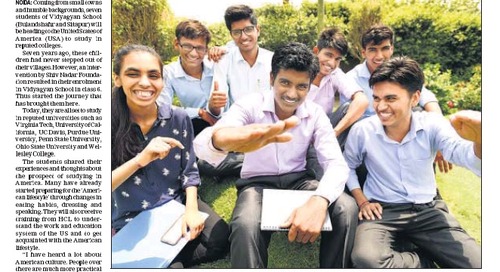