Home » Student Articles » I was a girl born to parents, who had never seen a city
× Share this Article

I was a girl born to parents, who had never seen a city

I was a girl born to parents, who had never seen a city. My father is a labourer in a small village in Uttar Pradesh called Amroha. I have grown up seeing my parents labour under the back-breaking sun in the fields to earn a living and support the family. Nobody in my village expected me to study beyond primary school. The expectation from me was only to get married and raise a family. However, I was blessed with a father who thought that he would rather take a loan to help me with my education than pay my dowry. My parents have done everything possible to provide my three siblings and me with proper education. My Mom and Dad did not receive formal schooling but they always envisioned a better future for my siblings and me and encouraged us to give our best to completing our education.

After finishing fifth grade from the government primary school in my village, I won a scholarship to study at the VidyaGyan Leadership Academy, an initiative of the philanthropic Shiv Nadar Foundation. The Academy changed my life. It opened doors to a new world that I had never dreamt of.

VidyaGyan was a free residential academy but it is also a co-educational institution. My father trusted me and went against the tide to allow me to go there. I passed tenth grade with ten point common grade point average in the CBSE board. After tenth, I won another scholarship to go to the United States of America on a cultural exchange program --- Kennedy-Lugar Youth Exchange and Study. I was hosted in Minneapolis, Minnesota by an American family. I attended the Edison High School as a junior. I visited many colleges and universities during my stay in USA from Macalester to Harvard. But Wellesley, the college I will be attending now, became my all-time favourite because of its beautiful campus, great faculty, and the strong women I met on campus.

Coming back to India and deciding to reappear for my Grade XI exams here was a big decision as gap years are generally not considered to be good for one’s education. However, it can work in your favour if your gap year is utilised to enhance your college readiness.

I chose English, History, Political Science, Economics and Psychology. It was tough but I managed to maintain good scores along with a lot of extracurricular activities I was part of.  Universities and Colleges in USA require an all rounded well-developed application. So it is extremely important for a student to be involved in clubs and activities after school.

I was seen almost everywhere in school because I participated in everything that happened at the campus. I was in the School Council throughout my high school. In Grade XII, I was chosen as the Head Girl. I was also the Head of my hostel block. I led the Leadership Club, Youth Parliament Team and Cultural Society of my School. I also played Basketball and Handball at State Level. I participated in a lot of debates, Model United Nation and dramatics too. I enjoyed reading and writing. I have written for the Indian Express, CBSE expression series and I write a lot, just for myself. I also had the opportunity to speak about women empowerment at the Women will/Today Conference under Global Citizen Festival India.

I took an online SAT coaching class and appeared for my exam in June 2016.  I filled out my applications by December 2016. There were a lot of essays and exhaustive applications. But if you plan ahead and organize everything, it is not all that difficult.  The trick is to start writing your Common Application essays as early as July of the year you step into Grade XII. The process of getting feedback on them, rewriting them and then rewriting them once more until you are satisfied with it yourself is the most time-consuming process. Good SAT scores, maintaining a good score in your classes and being involved in extracurricular activities are important. I have followed my passion and done whatever I enjoyed doing – in terms of sports, cultural activities or art. The other important aspect is community service. There is a lot of weightage associated to community service, when you apply to colleges abroad. I taught at a nearby government school, did several cleanliness drives in the neighbourhood and mentored juniors and classmates.

This may sound a lot of work. But it is all about planning and organizing. You may not even realize how quickly your Grade XII passes you by. All you need is hard work, faith in yourself and calm state of mind.

After all, I am the daughter of a daily labourer from Amroha and I am headed to Wellesley, hailed as the best college for liberal arts globally. If I can then you can too!

*This article originally appeared in DNA. You can read the original article here - http://www.dnaindia.com/analysis/column-i-m-farm-labourers-daughter-headed-for-the-us-2475937 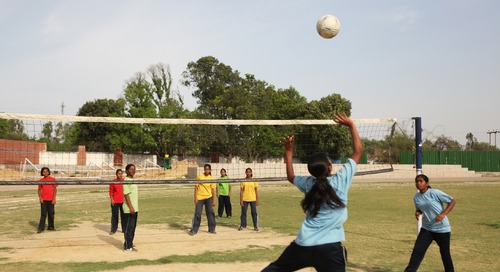 How do you balance your studies along with your co-curricular activities? 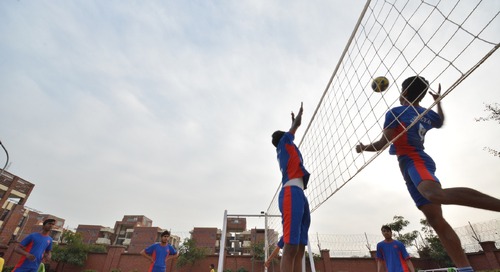 How essential is a good sports curriculum in every school?

Show your support & transform lives of more such children 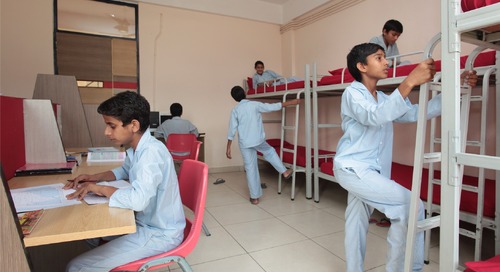 What are students doing during their summer vacation?
Read Article

How do you balance your studies along with your co-curricular activities?
Read Article

How essential is a good sports curriculum in every school?
Read Article
Return to Home
Menu