Home » Others » I did it my way: Garima Avtar
× Share this Article 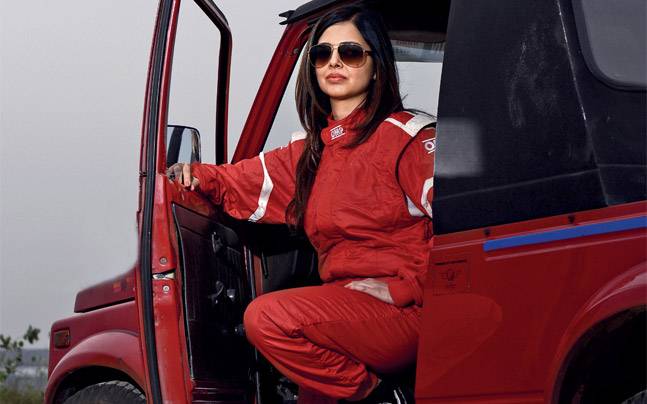 A single mother and Corporate Vice President at Delton Cables Limited, Garima Avtar is known for something unimaginable. The 40-year-old Delhiite with the sweetest smile ever is one of the top rally racing drivers in the country. And how she did that was what she talked about in her TEDxShivNadarUniverstiy talk.

Avtar was always fascinated by cars. Even at age of 15, she would drive her car to school just so she could show her friends up.

At the age of 18, after she graduated from school, her parents quickly got her married. The marriage, unfortunately, didn't last. Personal differences led to the couple's divorce. Avtar was now an unemployed single mom.

Throughout her life, her father had been her biggest strength. It was him who taught her to drive. Avtar recalled that her father was the pillar of her life. But unfortunately, he passed away.

Avtar was at the lowest point of her life. She was struggling to keep up with her emotions and her life after all the tragic episodes. That was when, while scrolling mindlessly through Facebook, she came across a rally racing driving advertisement. She knew she wanted it. Her passion for driving had always been with her. So she gave it a shot.

In 2011, Avtar participated in her first rally race and she had the time of her life. It felt so good that she considered taking it up as a profession.

The fear of losing whatever comfort she had left in her life for a sport so risky crept in. She was then reminded of her father who had always told her to trust herself. Avtar went ahead with the decision and officially became a rally racing driver.

From there, Avtar carved her path one step at a time. She kept participating in races (and mostly winning) and was soon found by a company that would change her career path forever.

In 2013, Avtar received her first big break when Mahindra approached her. And in return, she brought laurels to the company. By the end of the year, Avtar had made her mark in the rally circuit.

Avtar had learnt a huge life lesson; that it is important to fall in order to get back up. She had stood up from the lowest point of her life. Which is what she talked about in her talk; the importance of failures and using all your inner strength to defeat it. "It is necessary to get lost in order to find your way back", Avtar speaks.

At Shiv Nadar Foundation, we strive to make sure that all our children are instilled with this kind of drive and courage that enables them to pick themselves up after failure. We believe that education is not only limited to mental knowledge, but also encompasses the emotional and physical development of an individual. Through our holistic educational practices, we hope our children grow up to be well balanced individuals, who have the support and strength to make it through all of life’s grueling challenges.

Avtar always kept her father's advice in her mind, to never give up. She faced everything life threw at her and she retorted it by leading a women expedition to the deadly valleys of Spiti. Truly, we can say that she went from being a victim of unfortunate circumstances to the victor.

Avtar is proud of her journey, which she deserves to be. But what she is proud of the most is that she lived the happier part of her life, her way. How she got back up and how she reached the heights at which she is now, she did it all her way.

What Great Leaders Can Learn From Writers: Amitabh Mall