Home » Others » Re-imagining the future, through STEM
× Share this Article

Re-imagining the future, through STEM 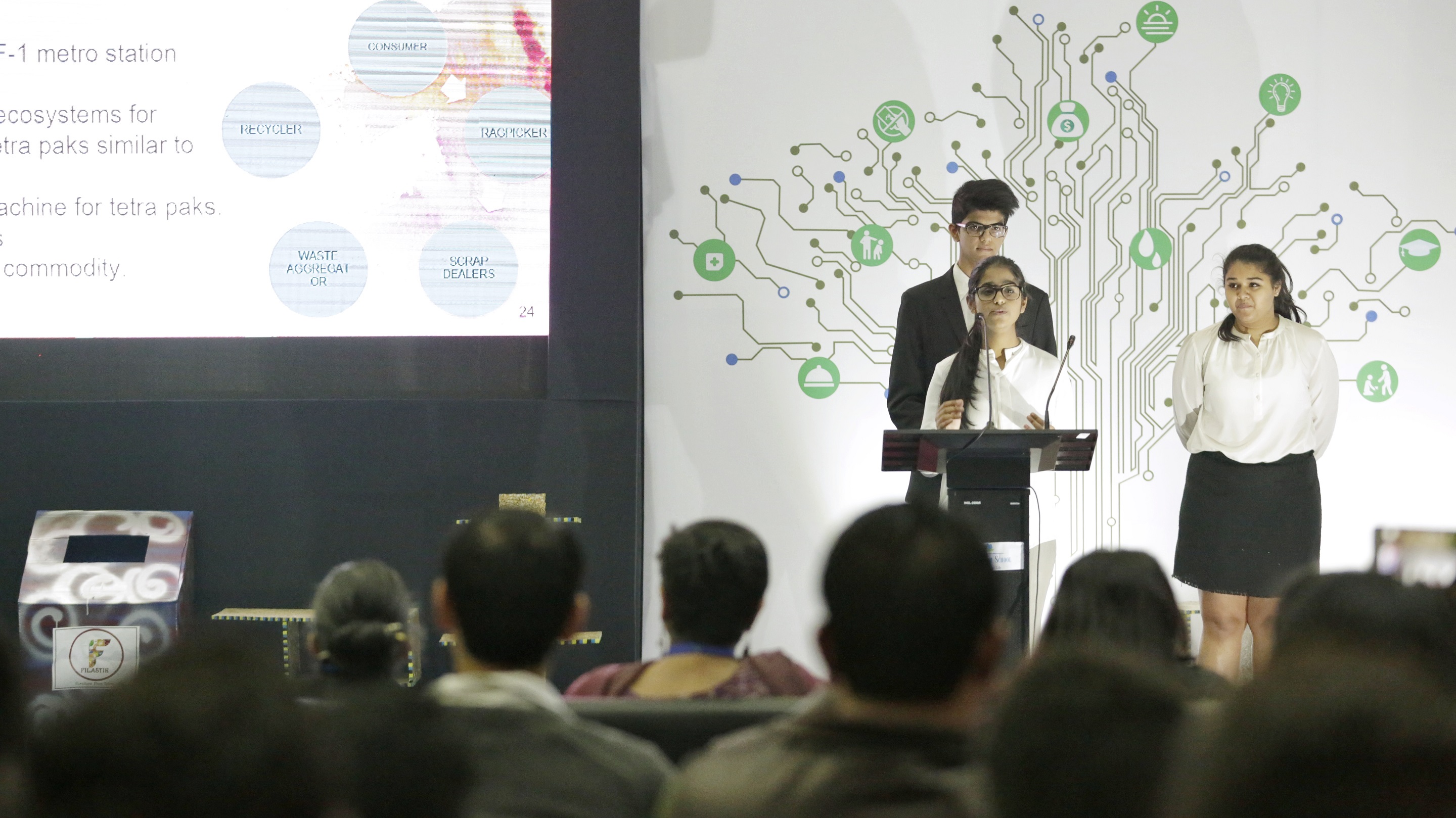 We, at Shiv Nadar Foundation are known for motivating our students to continually expand their horizons and use the benefits of the holistic education provided at our various schools and institutions for furthering our society as a whole. One such school that believes in using new technologies and methods for providing the best education is Shiv Nadar School. Through a curriculum that is integrated with STEM, students are inspired to create and discover new processes that not only help them widen their knowledge and understanding of the world around them, but also transform them into socially aware and helpful individuals, equipped with the right set of tools to make a visible difference.

As a part of the STEM curriculum, the students are exposed to robotics, graphics, programming and many other technological domains. The students are introduced to all the aspects of this thinking based curriculum and are open to choose and specialise in one skill for which they are provided with state-of-the-art laboratories.

But it doesn’t just stop there. This knowledge that is imparted to our students is then given multiple outlets to evolve and grow. One event that encourages them to experiment and practically test the theory that they have learned is the Colloquium; an annual Shiv Nadar School technology summit, where some of the brightest students present various innovative and creative projects that are based on solving real world problems that they have observed around them. For this event, students are divided into teams that learn and grow together by collaborating the knowledge learnt in class and utilising it to solve urban and community problems; the results of which are often astounding, given that they were imagined and created by 8th -10th grade students.

One such pioneering solution was invented by a young team of Shiv Nadar School students called Arx, which intended to prevent accidents caused due to driver drowsiness. “It has been found that in India 83 million people drive sleep deprived every day out of which 5000 of them lost their lives in 2016.” This was the problem statement which the team aimed to address through its project.

What was the solution to this legal but lethal ‘drowsy driving?’ A ‘Driver’s Drowsiness Detector, which had an amazing ability to detect the drowsiness of the driver in less than 2 seconds. The device was enabled through a camera, which regularly captures an image of the driver that is automatically sent to a processor which examines the driver’s Eye Aspect Ratio. If this ratio is found to be lower than the standard, the driver is determined to be drowsy; which automatically causes a loud buzzer to be activated and alerts the driver of his/her drowsiness to ensure that he/she is awake. This project not only won the team a gold at the event, but also worked flawlessly and addressed a very real and life-threatening problem, through a level of innovation and creativity, far beyond their years.

Another team that was focused on the dangers of driving was Hatrocks. Having identified the dangerous and sometimes life-threatening issue of driving at night under the glare of high beams from opposing cars, these students came up with an innovative and functional solution. After six months of research, the team created an ambient light sensor which aimed to switch between the high and the low beams, automatically, depending on the situation and significantly reduce the risk of accidents related to high beams. This sensor was customized to even work under foggy conditions.

Both of the projects were not only practical and well thought out, but also aimed at the betterment of the society as a whole, incorporating both cutting-edge technology as well as social consciousness to create a system through which potential lives could be saved. Through the education and practical knowledge that these students learned as part of their STEM integrated curriculum, they were actually given tools that could motivate them to creative a positive and lasting impact on the real world.

Science is fun; and It can change the world