Home » Others » STEM for growth; STEM for future
× Share this Article 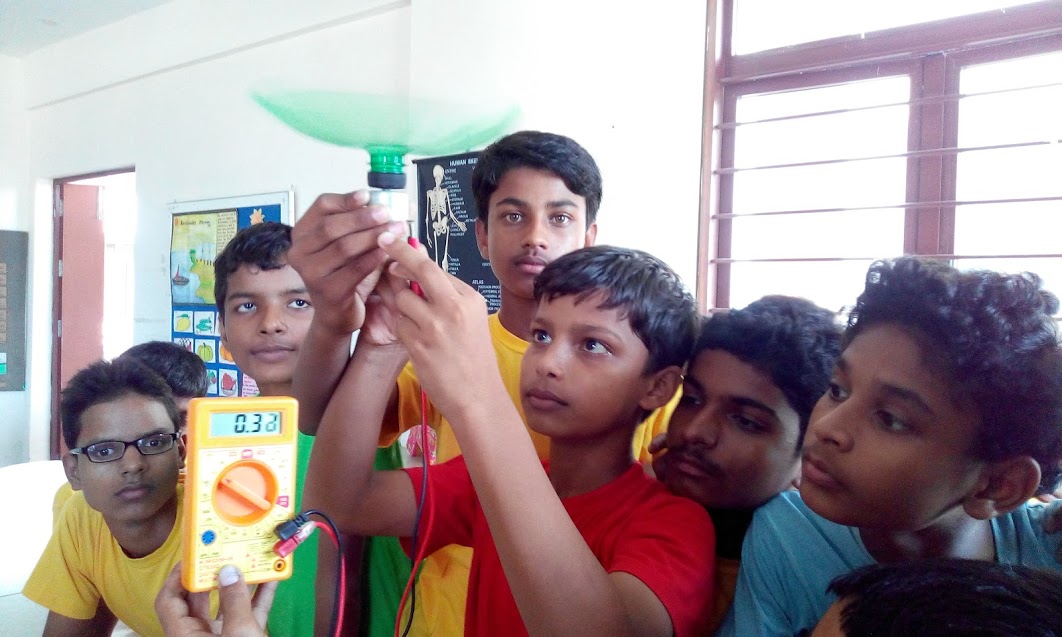 STEM is a term used to "address education policy and curriculum choices in schools, to improve competitiveness in science and technology development.", which basically means that STEM is an initiative that provides equal opportunities to students to grow, learn and benefit from the quality education provided under STEM by emphasising mainly on the subjects - Science, Technology, Engineering and Mathematics (STEM).

In India, various organisations have been formed that promote STEM in schools and in private coaching centres. They focus on inspiring young people to follow a technology-led career path so they can go on to become the science leaders our country needs. Their work is centred on portraying science as not just a boring subject we study in school, but as a fun, learning opportunity that opens doors for many more ideas to develop; ideas that can make our society a better place to live in.

We, at Shiv Nadar Foundation work on promoting science and its methods to the young minds, through fun. We instill the idea of transformational education amongst our schools that follow STEM-based methods of teaching. VidyaGyan, an initiative of the Shiv Nadar Foundation, is one such school that encourages young minds from economically underprivileged and rural backgrounds to use science as a tool and make an impact on their society.

The infrastructure at VidyaGyan matches their motto of 'transformational education'. The classrooms are designed especially to profit from the intimate knowledge of the teacher combined with the ease and comprehensibility of technology.

Students from VidyaGyan have utilised all these opportunities and brought laurels to their schools. The most recent example being at the Regional Science Fair 2017-18 where four students, accompanied by their science teacher, explained the difference between 'equality' and 'equity' by their mission to empower the visually impaired. PVC pipes were installed with IR sensors and vibrators that were powered by Arduino software, hence, taking a step further into creating smart sticks for the visually impaired and making it easier for them to navigate.

In another example, the students displayed the power of science when at the Design Thinking Summit 2017, their Mission Swachatha project was an entry for the Design Thinking for Social Change. Mission Swachatha aimed at an issue that people do not pay much attention to; the disposal of human hair. Improper disposal of human hair is known to cause various deadly diseases, from tuberculosis to cancer. But the students of VidyaGyan discovered the use of human hair as manure when mixed with cow dung. Experiments showed that plants grown with human hair manure were much healthier than those grown with normal manure.

A few other examples include students learning drip irrigation by experimenting in the school backyard and preparing their own manure; designing, making and installing a PET bottle air conditioner in one of the school blocks and a Sewage Water Treatment Plant which was exhibited at the CBSE Regional Level Science Fair 2017.

The integration of STEM education with the academics at VidyaGyan has resulted in students being creative and inculcating science to learn everyday phenomena in the easiest of languages so much so that they were able to create daily electrical appliances from the most minimum of resources - mixer grinder, air cooler, water heater, popcorn machine, hair dryer and cotton candy makers are a few examples.

Not only does VidyaGyan help students understand the significance of science and technology, it also applauds the products and imaginations of its students. A xylophone designed and created by the students has been proudly displayed on one of the school walls.

VidyaGyan knows no boundaries when it comes to spreading awareness and quality education to its students. The importance of a creative and scientific young mind for building a better society is well understood. After all, the mantra at Shiv Nadar Foundation is to use education as a tool for mass transformation.

Re-imagining the future, through STEM