Home » Others » The unexplored form of art: Nikheel Aphale
× Share this Article 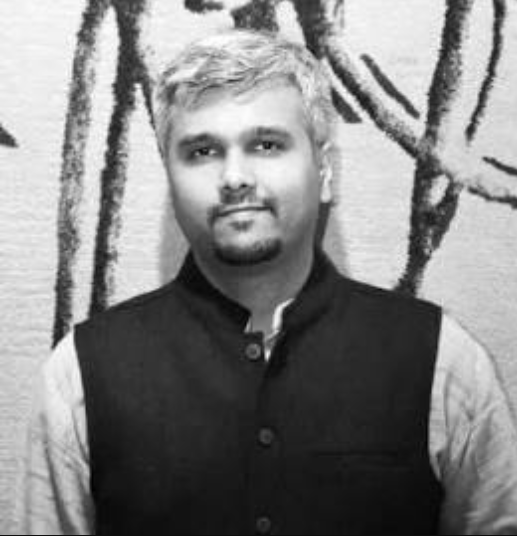 Graphic designer and calligrapher, Nikheel Aphale, took the stage at the second edition of TEDxShivNadarUniversity to shed some light on the art of Calligraphy. Calligraphy is the execution of lettering, using writing objects. These writing objects may include brushes, broad tip instruments or just about anything that can be dipped in ink and used on a canvas. Later in his talk, Aphale displayed his talents with a few such instruments.

Aphale is mostly known for his calligraphy designs in Devanagari script. Used in India and Nepal, Aphale believes that the symmetrically rounded shapes of the script are still yet to be explored as an art form.

Aphale demonstrated the different expressions - basic, angry, soft and abstract - of a word written in Devanagari script. Various instruments, ranging from a fine tipped paintbrush for the gentle strokes to the heavy, thick one for a more rough output, were used by him.

Aphale's love for art has also brought him multiple laurels over the years. While his interest in calligraphy developed in his art class in 11th grade, he had always loved his art classes. He reminisces the times in school when the teacher would ask students to write quotations on the board and Aphale would be the first one to volunteer. Calligraphy had never failed to impress him.

The thing about calligraphy that excites Aphale the most is its ability to never be predictable. Whether you are on stage or in your studio alone, you only get one chance to work on that canvas. No matter how much you practice, the final strokes will always be random. This is what makes this profession so risky and so surprising. But Aphale takes this challenge as a sort of meditation. The one shot on canvas, he does it with his years of learning how to focus.

Calligraphy is more than just painting letters on a canvas. Every brushstroke speaks for itself. The length of the curve and the velocity with which it is painted determine its nature. A letter with curved ends can appear to be pleasant but the same letter with a longer stroke and a jagged edge can seem to be loud.

Aphale's final few minutes on the stage produced an artwork that left the audience mesmerized. He displayed his love for Devanagari and incorporated that with his passion for calligraphy to execute a piece that portrayed all the expressions that can be done with letters. The black letters all spoke their own stories with the splash of red that enhanced the beauty of it all.

His passion and commitment to creativity are values that we at Shiv Nadar Foundation hold extremely important. A love for art in all its forms and the determination to create a career out of that love is something we hope many of our students will also be able to achieve. Aphale stands as an inspiration for all of us to follow our dreams, no matter how out-of-the-ordinary or non-mainstream they may be.