Home » Others » Your media, Your Story: Stalin K
× Share this Article 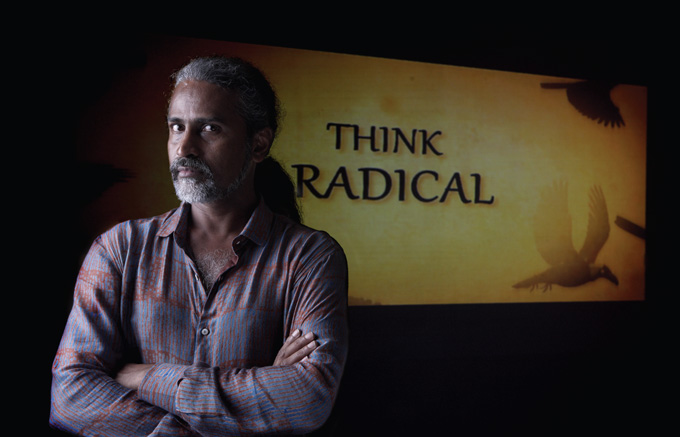 Indian documentary filmmaker and human rights activist, Stalin K uses his media to depict the present, the unorthodox and the controversial topics of the Indian society that are bound to face criticism. His most notable works include the films, Lesser Humans and India Untouched, based on the issue of untouchability in the country.

He began his TEDxShivNadarUniversity talk by reminiscing about his childhood days that made him fall in love with the cinema. The obvious and eventual win of the good over bad was what he always found exhilarating. But the stories were always the same. Everything we are shown is not always what exactly happened. This led Stalin to believe that as a society, we are afraid to discover new realities.

We are afraid to know the truth and that is part of the reason why we keep denying any problems that we see. What we don't realize is that denying a problem leads to the perpetuation of the problem. But we don’t let ourselves be vulnerable. If we only we knew, as Stalin says, that "vulnerability causes pain, love, creativity, learning".

The general public depends on the media to tell stories. Stalin believes that that's not the way it should be, "if the media doesn't tell your story, tell your own story. Create your own media." Which is exactly what Stalin did.

Stalin's love for cinema and his determination to let the truth out in the open led him to create his many masterpieces. Many of which have won him multiple national and international awards. He used this platform to create media groups that would connect people from everywhere and inspire them to tell their stories.

These media groups are a part of his organization, Video Volunteers. Through this organization every year a number of untold stories were brought to light from all over the country. Stories recorded as films by the common citizens.

We, at Shiv Nadar Foundation truly understand the value of each and every individual’s story. We constantly encourage our students to find their voice, express themselves and work towards helping others who may not be able to. We focus on creating individuals that are strong and believe in bringing good upon the society.

Video Volunteers gives a great platform to people who want to speak up and work on fixing the problems our society faces. "If you don't problematize, you don't find a solution." Stalin speaks.

The fact that common citizens are the ones creating the data shared through Video Volunteers is extremely crucial. Who produces the content is as important as what content is produced, the former determines the latter. Stalin justified this with the example of the minority of the people from the marginalized classes of the society working in the Indian News channels.

Regardless of all the vice that may be in the world, there are still people who use their rights bestowed upon them by the Indian democracy and speak up against wrong. These unsung heroes remember that no one is above the laws of accountability. "Those who expose abuse of power are heroes of democracy. Don't give them Bharat Ratna, pat their backs", Stalin praised their determination.

At Shiv Nadar Foundation, we work hard to offer equal opportunities and voices to people from all sections of society, regardless of their backgrounds. We are focused on the rights of each and every individual and are determined to transform the way in which education is disseminated across the country.

In the end, Stalin ended by telling the audience about the very famous 3 Monkeys of Mahatma Gandhi.

●Must see the myths and the truth of the society

●Must listen to experiences